Maddie & Jackie are singer/songwriters and talented musicians from Santa Cruz, CA. They play original music and known for their beautiful vocal harmonies.  Jackie is an accomplished lead guitarist.  At age 18 Jacklyn made her debut as a featured guitarist, performing with a live orchestra, at the Cabrillo Festival of Contemporary Music and worked under the direction of four time Emmy award winning Laura Karpman and the world renowned Music Conductor Marin Alsop who helped bring to life The Kitchen Sister’s NPR show called ” The Hidden World of Girls”.  Currently Maddie and Jackie have been working with their friend, Ryan Loomis, who creates the beats for their songs and have been recording at a studio in Oakland with the legendary D-Wiz (Dale Everingham) who has worked with successful artists such as Destiny’s Child and En Vogue and many others. 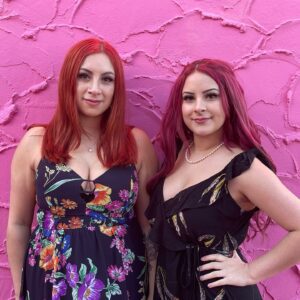