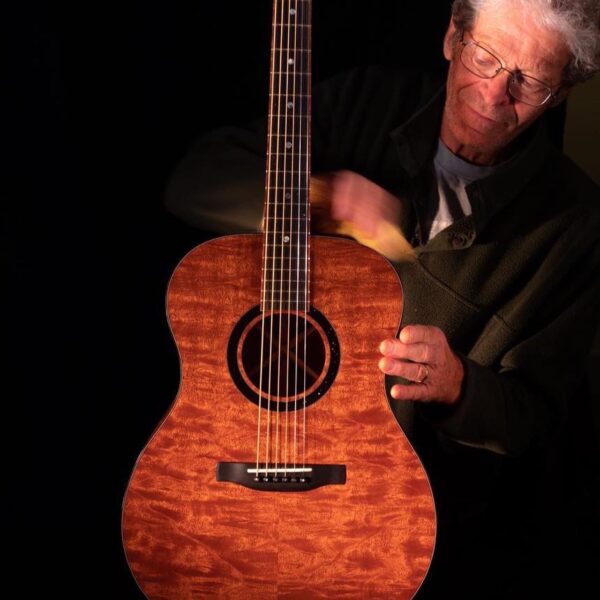 Artist/ musician/ singer/songwriter, Richard Sholer, has been on the music scene in The Mother Lode foothill Region of California for over 40 years. In that time he has honed his skills as a musician, producer, sound engineer, explored acting and forged his own path as a performer and recording artist.

Richard’s music is often described as jazzy-blue-grassy-folk and he is known for blending different styles and bending the genres of bluegrass, folk, country, swing, blues, jazz, rock, reggae and island music. He describes it as “progressive folk music.”

His latest and first solo album, “Princes and Kings”, demonstrates the diverse yet cohesive culmination of these varied styles of progressive folk music along with some catchy melodies and lyrics.

In addition to his art of songwriting and musicianship skills, on guitar and mandolin, Sholer is also known as an artist for his high level of wood working skills and his craft as a luthier, builder of many fine custom guitars for other artists as well as his own “Sholer Guitars.”

Self described in his own words from his most recent song, “One Way Out of Here,”
“Music is What I Am Everywhere I Go. My Best Friends’ got Six Strings Wound In Bronze and Gold.”

Richard is a founding member of notable bands, Springfield Crossing, Coyote Hill and most recent, Poco Loco. Over the years, he has performed with his bandmates on the main stage at Strawberry music festival, High Sierra, Fire on the Mountain and many other festivals, venues, events and public radio stations. He has had the honor to share the stage with and/or opened for Peter Rowan, Kate Wolf and Nina Gerber, Dan Hicks, Ray Wylie Hubbard, Laurie Lewis and Tom Rozum, Tim O’Brien and Hot Rise, Country Joe McDonald, Rose Maddox, Sarah Lee Guthrie, Sarah Elizabeth Campbell, Joe Craven, Tom Rigney, David Grisman and many others. 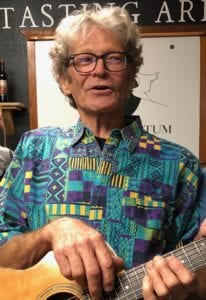