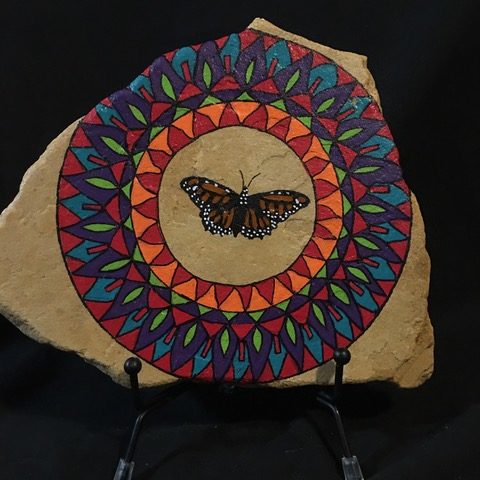 Elizabeth Hutchison was born in Hollywood, California, and  was raised in the San Fernando Valley until age 18. She grew up in a canyon setting, surrounded by nature and animals.

From her early years, her parents frequently travelled (drove) to Baja California ,often, being in the Mexican wilderness for prolonged periods of time.She had the opportunity to live in Medellin, Colombia at the age of 15 for 6 months where she was exposed to the South American people,  culture, art, and ruins.

Throughout her life , art has been her passion; whether it be a student of Art History or drawing, photography, stained glass or jewelry making. In Santa Cruz, she has taken various courses in Photography, and many classes in the small scale Metalsmithing courses under Dawn Nakanishi, head of Small Metals and Jewelry department. She has also attended workshops on Cloisonnee, Enameling, Gemstone setting, Filligree and Granulation. She is a member of the Monterey Metal Arts Guild, and the Seahawk Metal Arts Club of Cabrillo College.

Over the last few years she began painting on stone, beginning with small scale rock design,  the progression of her passion blossomed into large scale Flagstone painting. She incorporates her love of Nature and integration of Mind, Body, Spirit connections to the Earth through colorful flowing images painted on her rocks. Her business, ‘Three Black Dots Designs’ was started in 2018. 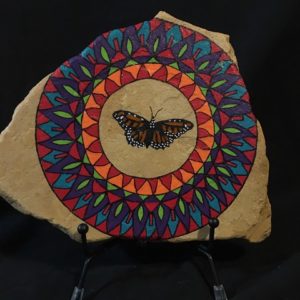 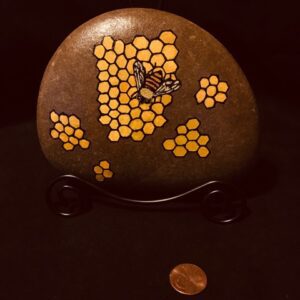 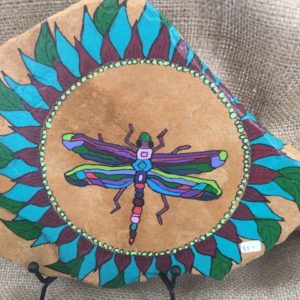